The southeast European country of Bosnia & Herzegovina might not be a travel mecca for tourists, but most visitors heading to this southern European nation likely have the town of Mostar on their list. Not surprisingly, this historic town often takes priority over the country’s capital – Sarajevo.

When you lay your eyes on Mostar, it’s easy to understand why.

It’s a city where religions collide, where east meets west, where church bells ring and echoes of the Islamic call to prayer bounce off the stone walls that make up the town. The star of the show is the city’s magnificent 16th-century Ottoman bridge that fascinates visitors from all over the world. The original Stari Most (Old Bridge) was destroyed in the early 1990s, during the Bosnian War. The bridge has since been rebuilt, and along with the revitalization of the medieval town, it now attracts day-trippers from Dubrovnik, Croatia, and other popular nearby tourist destinations.

All you need is one day for this magical town to take you back in time, and to be welcomed by some of the friendliest locals you’ll ever meet.

Now let’s dive into the city’s past! Keep on reading to find out why you should visit Mostar, Bosnia & Herzegovina. 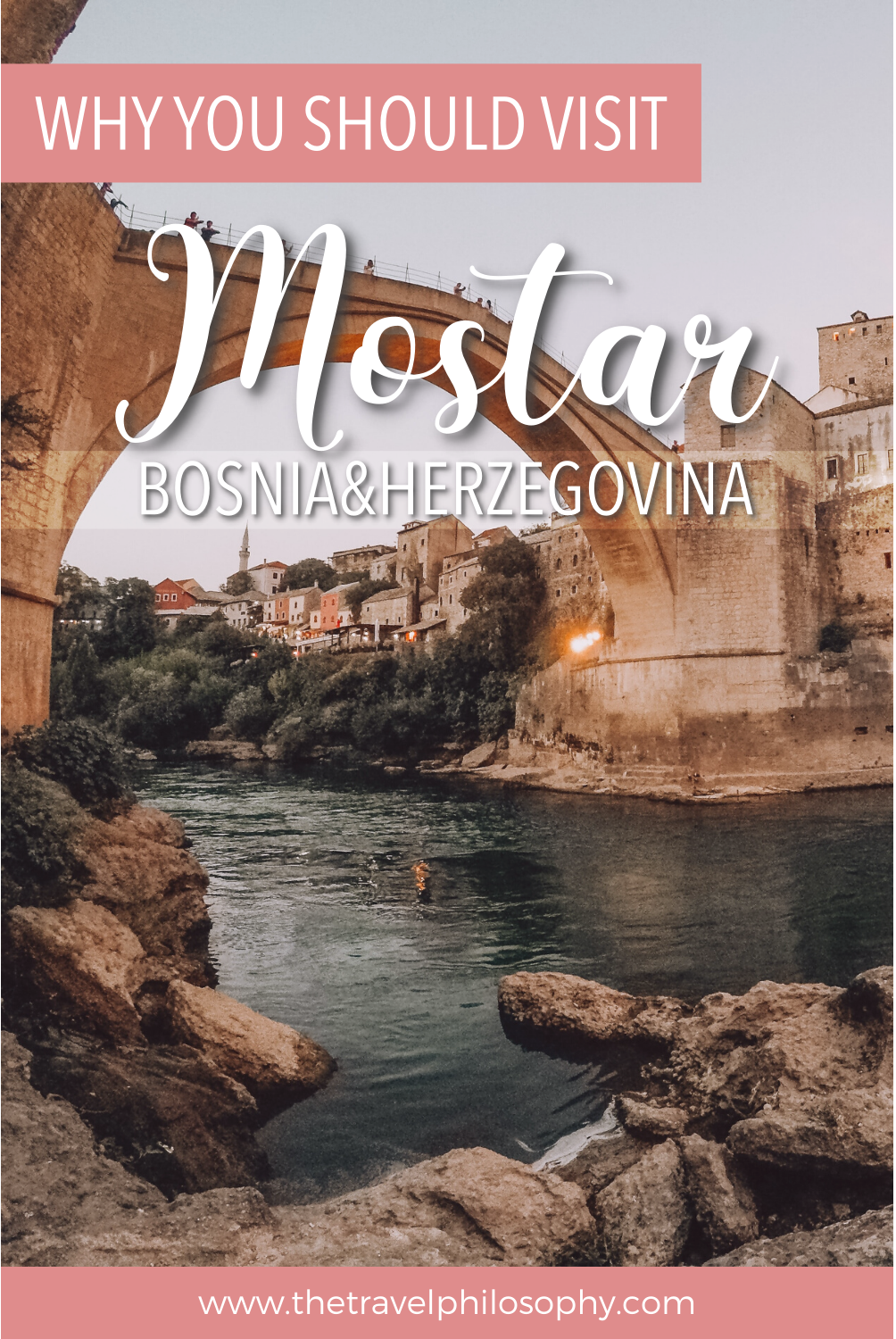 What You Should Know Before Visiting Mostar

Why You Should Visit Mostar

This is an obvious one. Stari Most, or Old Bridge, is the crown jewel of this medieval European town. The majestic Ottoman-style bridge crosses over the Neretva River is a UNESCO World Heritage site, as well as a sterling piece of Islamic architecture.

Tip: The best views of the bridge can be found beneath the bridge on the shores of the Neretva River. There are a set of stairs that lead down to the beach from one of the old town streets near Stari Most. 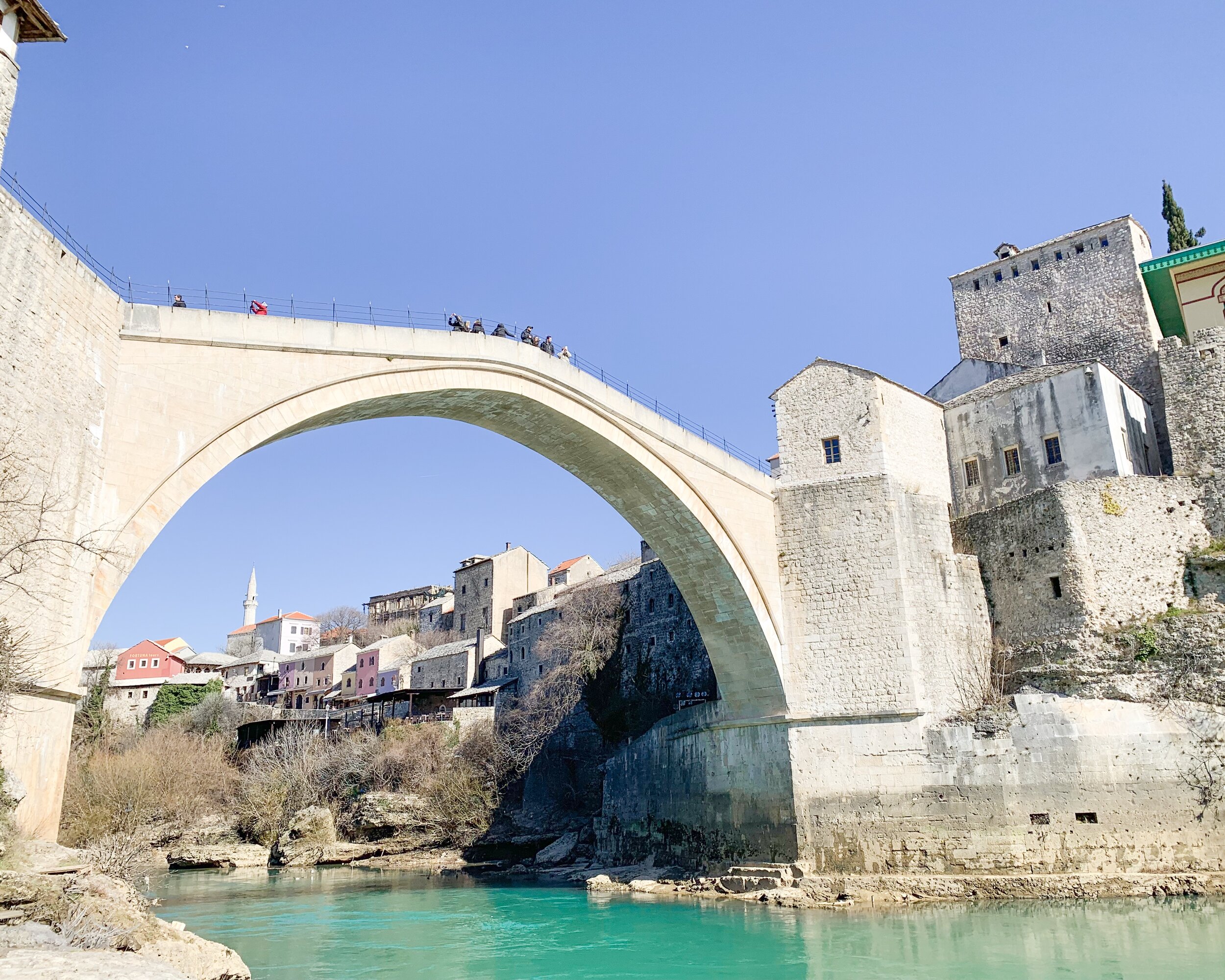 While admiring Stari Most, you might take note of male locals preparing to leap off of the magnificent structure. Let me assure you that this is totally normal! Mostar is actually famous for its bridge divers. The majority of these brave young men take the plunge into the Neretva River during the summer season, and tourists are welcome to join them. Although, it is a requirement to complete training with the Bridge Diver’s Club, as the sport can actually be very dangerous.

The second-largest mosque in Mostar’s Old Town, originally built in 1618 by the Ottomans, was almost entirely destroyed during the war. It has since then been restored, and now offers 360-degree views of the city to those who are willing to climb up its claustrophobic minaret. There are only 88 stairs leading up to the top, and every step is worth it for those sweeping views of Mostar.

On either side of Stari Most, you will find a busy market, also known as čaršija. The bazaar has an unmistakable Middle Eastern vibe, with stands selling Turkish coffee sets, rugs, lamps, jewelry, and a range of other trinkets.

You can’t leave Mostar without trying Turkish coffee! To completely immerse yourself in this unique coffee-drinking-experience, I’d recommend paying a visit to Šadrvan. Though it is a restaurant, you can still stop in for a cup of the strong, rich brew. 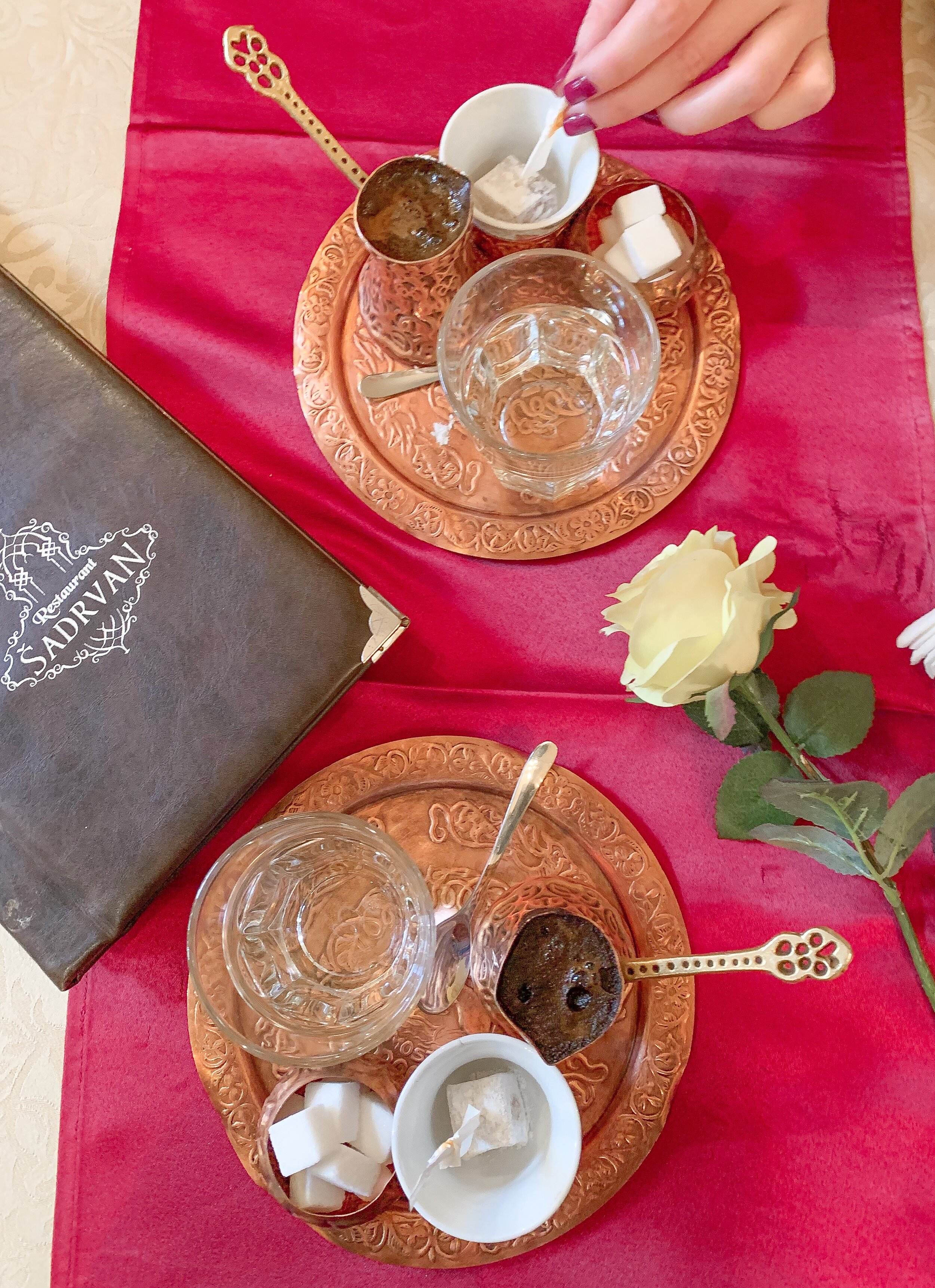 Though not exactly situated in Mostar, Kravice Waterfalls are just a one hour drive south of the town and make for an excellent day trip. This series of waterfalls is not well-known to tourists but is increasingly becoming a hotspot for those visiting Dubrovnik and Mostar.

Tip: The falls are not easy to get to unless you have a car, or are part of an organized tour.

When you arrive, you’ll be required to pay a small entrance fee of around $6 (the price varies a dollar or two depending on the time of year you visit). After you enter, you’ll have a number of ways to get down to the falls, including taking the stairs, the gravel road or the bus. Choose the option that suits you best. Once you’ve made your way down, get ready to jump in! Unlike Plitvice Lakes in Croatia, you can swim, kayak, and take boat trips to your heart’s content.

15 Things Travel Has Taught Me

A Marrakech Guide for First-Timers

Renting a Scooter in Bali: A Complete Guide

This is what I call a weekend well spent. 🌾🍷

There’s a story behind this beach house... • T